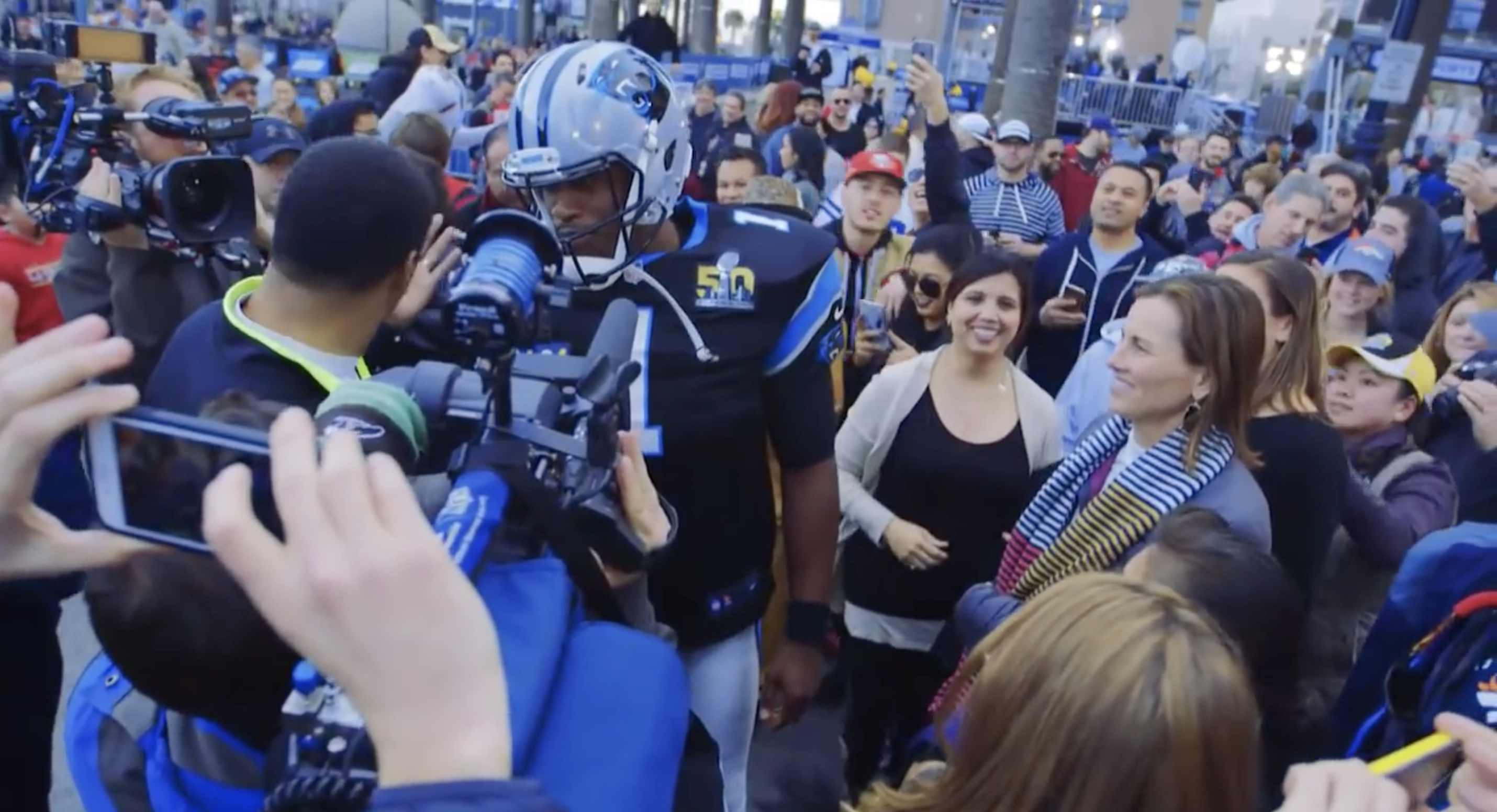 At Super Bowl 50, Cam Newton Mania was out of control so I thought it would be fun to get Akbar Gbaja-Biamila to impersonate Cam and run wild in the streets of San Francisco. He didn’t think anyone would fall for the prank. He was wrong and we had a lot of fun with the chaos.