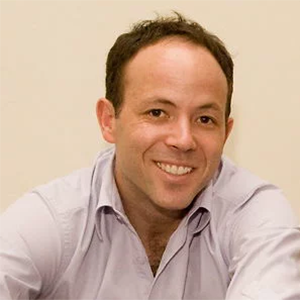 David Nickoll is a Showrunner, Writer, Producer, Director and Speechwriter. Currently, he is the Showrunner of “The Nosebleeds with the Sklar Brothers” on UFC Fight Pass. Most recently, he was the Showrunner and Executive Producer for “Kevin Hart’s Winter Olympics Tailgate Party,” and “2021 and Done with Kevin Hart and Snoop Dogg.” He also served as Co-Executive Producer for the Netflix series “Getting Curious with Jonathan Van Ness.”

He spent four years as  Executive Producer, NFL Now and Alternative Programming for the NFL Network. Past credits include Head Writer for Comedy Central’s “@Midnight with Chris Hardwick” and Head Writer for the nationally syndicated “The Queen Latifah Show” (Sony/CBS).

David spent two seasons as a Creative Consultant to The Harlem Globetrotters; he wrote comedy for the team’s touring show and penned their ESPN2 television special.

David was a Writer/Producer on Comedy Central’s “Chocolate News” starring David Alan Grier. He was the Executive Producer of “Daytime in No Time,” a daily web series on Yahoo! He has developed shows for Comedy Central, Bravo, PBS, VH-1 and CBS.

David wrote a series of PSA’s featuring celebrities for the U.S. Campaign for Burma. He also writes speeches on assignment for Gotham Ghostwriters.

David was selected for the Sundance Institute’s Mark Silverman Fellowship for New Producers, which afforded him the opportunity to work on BOOGIE NIGHTS. He also produced the independent feature ORIGIN OF THE SPECIES starring Amanda Peet.

David began his career as at “Saturday Night Live” where he worked on the show’s commercial parodies and remotes.

David is a member of AFTRA/SAG, DGA, and WGA, and a Founding Board Member of the Williamstown Film Festival. He serves on the Alumni Board of Harvard-Westlake School and Board Chair of the Los Angeles Leadership Academy, an LAUSD Charter school. He is on the Board of the Los Angeles Parks Foundation.  A graduate of Williams College, David lives in Los Angeles with his wife and three children.

David In The News

Late, Late Night and Day: A Peek Behind the Scenes at The Late, Late Show